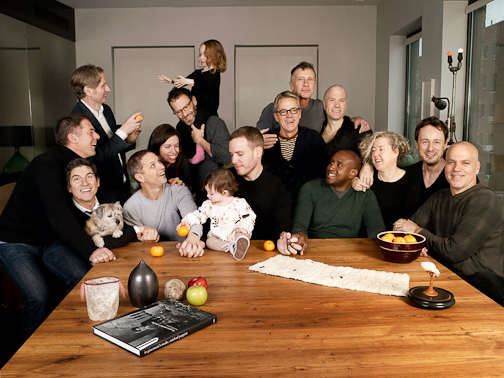 Today is huge. I am speechless. I am moved. It is a step forward, not a step back. The next generation won’t be subject to what we have lived through. This is important. To me, to you, to all of us.

Alix Smith set out to create States of Union to show how diverse yet how similar we all are when it comes to families, based in love and commitment.  She has been working for years to show us through her photographs that we are all family. That love is not discriminatory.  I can’t think of a better way to celebrate today than to show you this body of work, celebrating all of us.

States of Union is comprised of a series of color portrait photographs of same-sex families. “Family” in States of Union, may be as few as two individuals who are in a committed relationship and live as a social unit. Homosexuality exists in every community, and crosses religious, ethnic and socioeconomic boundaries. And yet, there is often a tendency for the
media to show a single, unflattering visual depiction of gay men and women – and an equal tendency for gay men and women to search for an accurate representation of themselves within this single image. Thus, States of Union has a dual objective: as it acknowledges the gay community’s struggle with self-recognition, it also acknowledges the struggle many
Americans have with accepting gays as worthy of equality.

Throughout its history, portraiture has been used to memorialize the family lineage. While heterosexual families have a pronounced and illustrated legacy, for the most part gay unions have not been acknowledged in the ledgers of history. In a country that does not yet fully recognize same-sex families legally or culturally, the visual record provided by States of Union may be one of the few formal acknowledgments of these relationships.

The photographs loosely reference historical portraits. By drawing upon classical images, the tropes historically used to promote heterosexual family units are re-appropriated and reinvented to serve a more expanded view of family. Through gesture, lighting, size, color and formality, the images recall artists such as Manet, Renoir, Paxton and Sargent and pay homage to the original purpose of portraiture: the glorification of the individual and the family. These photographs follow in that tradition by enhancing not only the subjects themselves, but also the subject’s personal space. The subject is portrayed in the best possible manner and decorative elements are manipulated to enrich the surroundings. The photographs are printed on matte paper with a non-glare luster glaze and framed without glass; thus recalling the genre of painting. However, while the genre of painting is referenced in order to link the images to the legacy of portraiture, the choice to use the medium of photography plays upon our cultural assumptions that what is seen in a photograph is a record of fact. Thus, the viewer is reminded that these families do, indeed, exist. 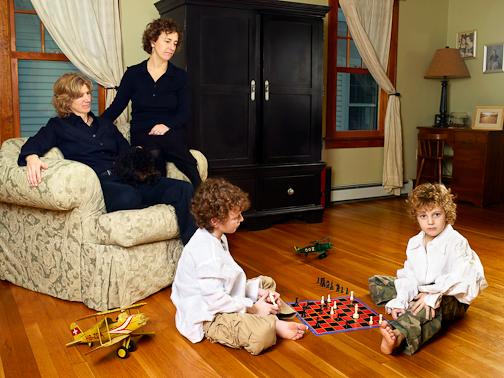 Alix Smith was born in New York City. She graduated from The School of Visual Arts with a Masters in Photography and Related Media in 2005. Known for their theatrical and painter-like quality, Smith’s photographs call to mind great masters such as Vermeer, Manet and Sargent.  Smith has been in solo exhibitions throughout the United States and Europe.  She has been reviewed in numerous publications some of which include The New York Times, Art Review, Artnet, Daily Mail and TimeOut New York and The Advocate. Art Review Magazine listed her as one of the best emerging photographers internationally in 2005. Smith has received fiscal sponsorship from The New York Foundation for the Arts, for her project STATES OF UNION. She was awarded a 2009 Stonewall Honor for STATES OF UNION by the Stonewall Foundation. 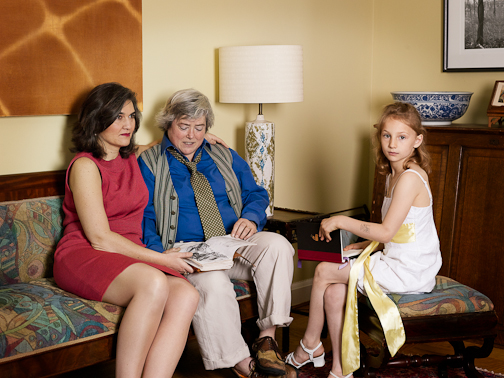