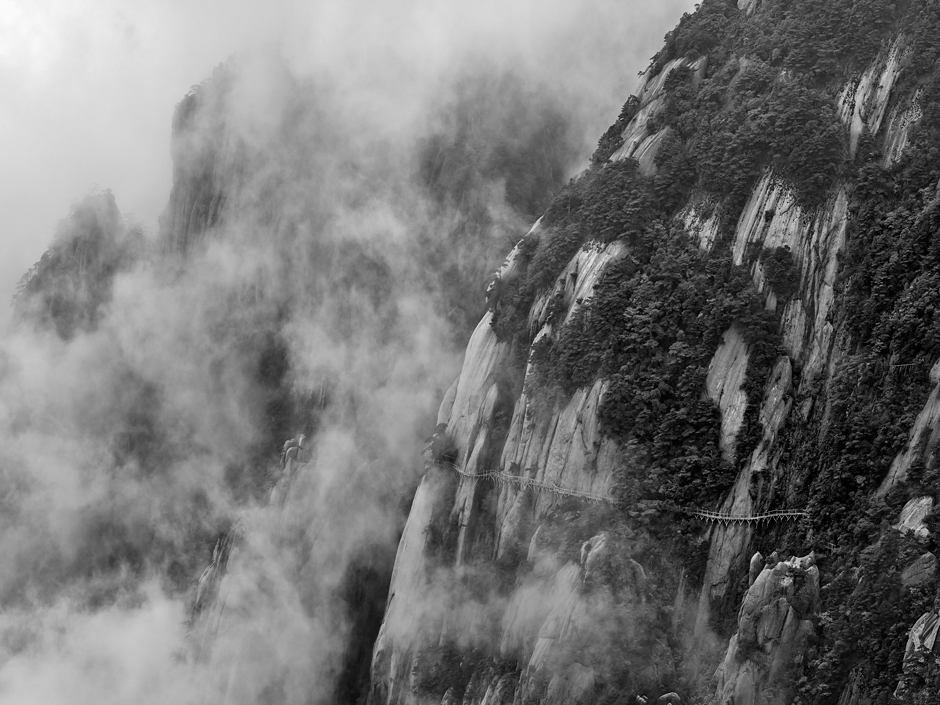 When I saw Jon Wyatt’s work sitting in front of me in Portland, I went back to one of the most unique places in the world, and one of my favorites. China. China is hard to explain, so many contradictions. But for me it is a magical place. Jon’s images are so well executed, composed and superbly printed, his series Huangshan Limited was like flying through a pristine wilderness, magic and filled with intensity. OK, so I am gushing. As a lover of rocks, China and all things mystic, these images hit on all levels for me. Taking politics out of the equation, just soaking in the beauty of the environment, you can’t help but daydream about what it would be like to soar among those peaks. 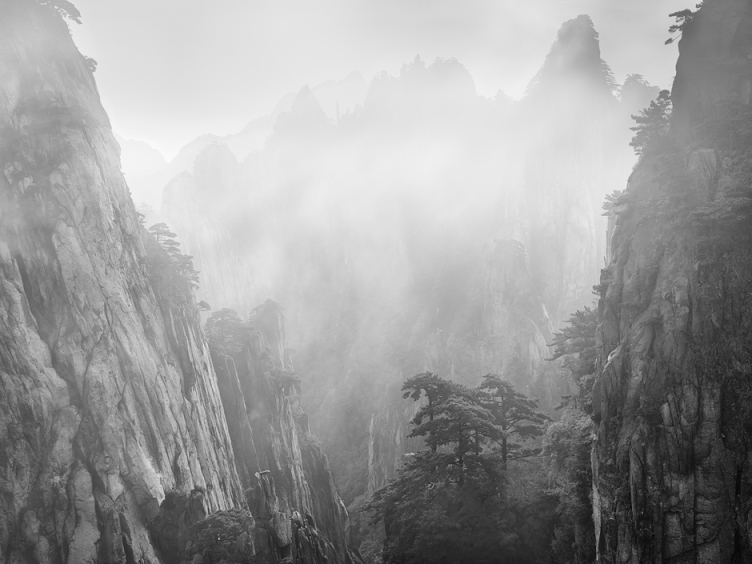 Huangshan, (literally ‘Yellow Mountain’) in Anhui Province is one of China’s most iconic national monuments. A range of mountains consisting of 72 granite peaks, the ‘Mount Huangshan Scenic Area’ covers an area of nearly 300 sq.km and has been declared a UNESCO World Heritage Site for its habitat for rare and threatened species. Among the country’s top 5 tourist destinations, Huangshan attracts over 2 million visitors per annum and is a ‘sister’ national park of Yosemite in the US. Ranked with the Yangtze River and the Great Wall, its iconic beauty has inspired centuries of painters, poets and scholars. A potent cultural and spiritual symbol, Huangshan is known to the Chinese as ‘the number one mountain under heaven’. 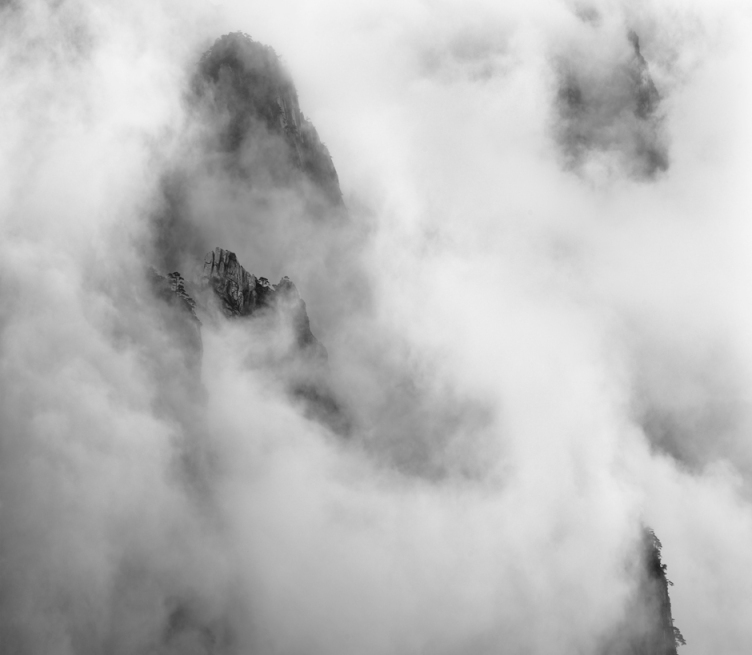 The entire Mount Huangshan Scenic Area is owned and managed by the ‘Huangshan Tourism & Development Company Ltd’ and is listed on the Shanghai Stock Exchange. China’s decades of rapid economic reforms and the unwillingness of central government to allocate money and resources to such areas has led to this process of privatization. It’s a model that is being widely replicated for other iconic spiritual and historic sites, from Shaolin temples to sections of the Great Wall.

Huangshan is renowned for the gossamer threads of ethereal mist which drape the mountains. And the regularity with which those mists dramatically converge into dense ‘seas’ of cloud. Surging and billowing between the peaks, these clouds obscure all notions of scale, an allegory for the process of privatization of an iconic landscape. In this series of photographs the mist is seen to build, converge into a sea of cloud that blankets the peaks, and finally disperse. Photographed in a style resonant of traditional Chinese ink drawings, the clouds denote the growing rift between a nation and a landscape once revered as the inspiration for the Chinese collective national identity.