I have been a fan of Bill’s work for years. I met him while the gallery was still based in Seattle, and was hooked by his clever narratives, intense creative storylines, and his meticulous craftsmanship of his constructed images. When I caught up with him again in Portland at Photolucida, this series spoke to me like no other. My father, a rocket scientist, was part of the space program from the beginning, and I feel like this story is for him. Being part of the program, his world was surrounded by astronauts and his fellow mission control operations team. He saw his first realtime launch shortly before he retired from the program from the top of the Vertical Assembly Building in Florida. I can only imagine how that must have felt for him to finally see live the vision of his labor and love. For all those who dream of what it would be like to voyage into space, this is their story. 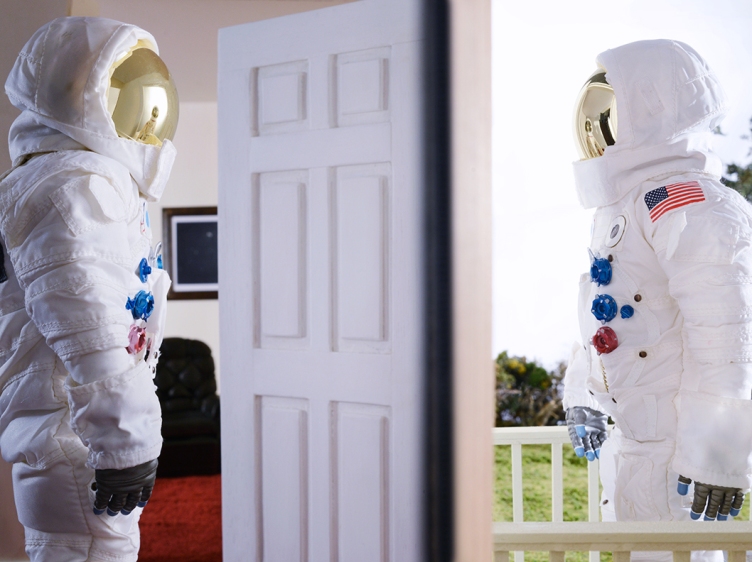 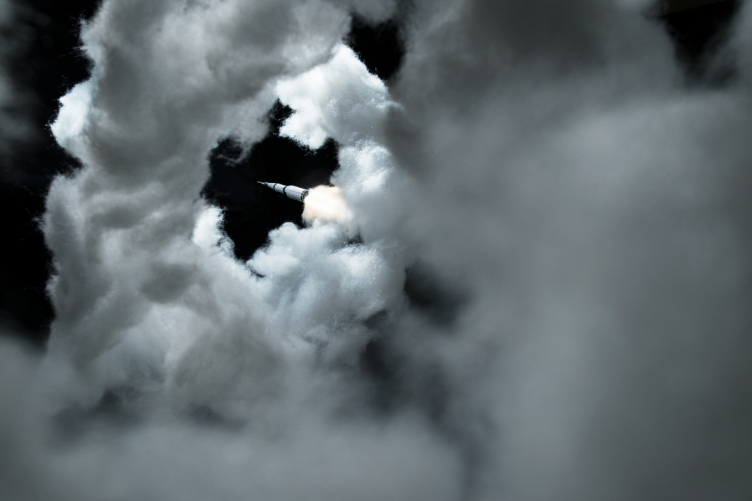 Ground Control is a playful look at our deep rooted interest with space travel and space exploration. Central to this investigation is a would-be Astronaut figure. It is through this figure that we examine our own fascinations found in outer space. It is a romantic notion that takes root in a mix of tales, mythologies, stories of modern day heroics, with a hint of nostalgia. Connecting it all are the Moon and Mars. Above all other destinations, these two spheres have played major roles that form a thread that reaches back centuries.  The thought of traveling out into the mysteries of space exerts a certain gravitational pull that many find too strong to resist.  For our self-styled space traveler this goes beyond irresistible urge to a point of searching obsession.

Bill Finger is a Seattle based artist whose work combines sculpture and photography. Handcrafting each element, he constructs and then photographs miniature dioramas. Each image is imbued with a sense of cinematic narrative that reflects twenty years working around movie sets. By mimicking the filmmaking process he is able to create a miniature construction of a constructed reality.

Bill has exhibited his photographs in both the US and Canada. His work is included in the permanent collection of the George Eastman House Museum of Photography in Rochester, NY. He spent a number of years in the film industry as an Assistant Cameraman and also work as an Assist with Video Artist Doug Aitken. Bill has a MFA in Photography from the Rochester Institute of Technology. Currently, he is a faculty member at the Photo Center Northwest.