I was lucky enough to meet Deborah Bay in Houston at FotoFest last year. Her Big Bang series was mesmerizing, not just because of the visual images, but the concept and conversation she was making with such force and beauty was breathtaking. Deborah’s work is well crafted and thoughtful. It is a pleasure to showcase this work, not only on the Flat File, but in upcoming exhibitions. While this isn’t a series about gun control, it is a small bridge from what these bullets do to plexiglass to how they impact us. The complexity of this work makes it worth revisiting. Often.
Take a look at this stunning work. 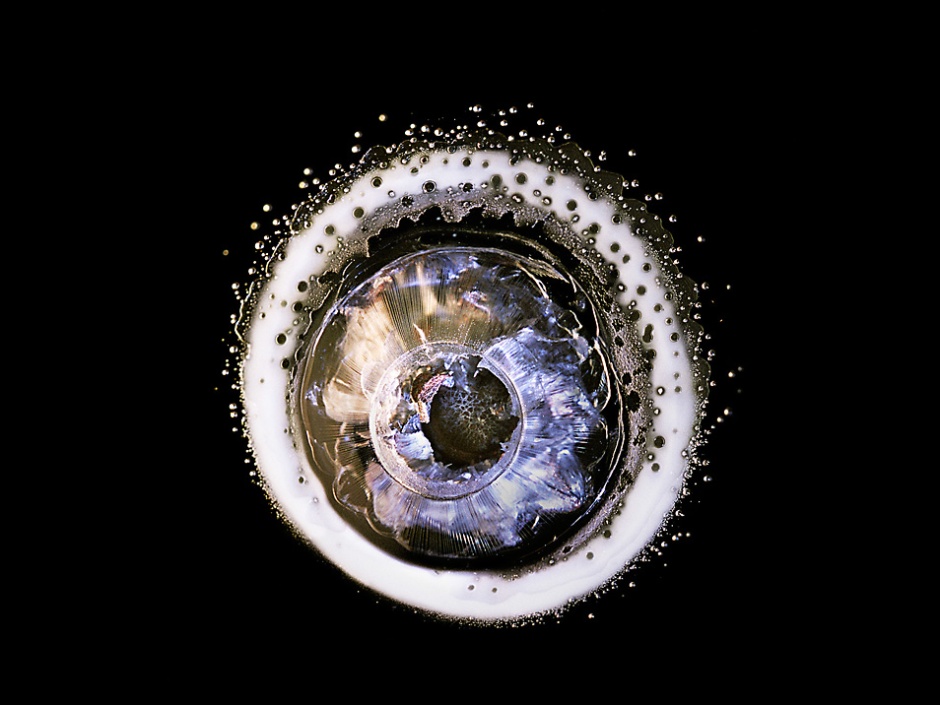 If Lennon and McCartney were now writing, “I read the news today …,” the lyrics to “A Day in the Life” would almost certainly be about guns. As arguments about the right to bear arms fill the media, guns continue to fascinate and to repel – sometimes simultaneously. And where there’s a gun, there’s a bullet.

I began thinking about “The Big Bang” after seeing a sales display of bullet-proof plexiglas that had several projectiles embedded in it. The plexiglas captured the fragmentation of the bullets and provided a dramatic way of seeing ballistic power outside the usual frame of reference. The metal shards and trajectory lines demonstrated the huge amount of energy released when the bullets were blasted into hard plastic. I was immediately hooked on the project.

As the series developed, I was intrigued further by the psychological tension created between the jewel-like beauty and inherent destructiveness of the fragmented projectiles in the plexiglas. Many of the images resemble exploding galaxies, and visions of intergalactic bling sublimate the deadly horror of gunshots. Although I don’t make any direct statements about the issue of gun control, only a small amount of imagination is needed to realize the impact any of these bullets would have on muscle and bone.

My interest in the project also related to the pervasiveness of guns as cultural symbols and their enduring role as part of the country’s heritage. This seems particularly relevant in Texas, where I live. There are an estimated 51 million firearms — two guns for every man, woman and child in the state.

Before taking a shooting lesson as part of the research for this work, I had never shot more than a toy cap gun. Law enforcement professionals at the Public Safety Institute at Houston Community College fired the shots into the plexiglas used in this series. The photographic images were made in the studio – well after the gunshots were fired.

We are thrilled to showcase Deborah’s Big Bang work in our summer exhibition Caeli Tellus Unda opening in July. We will also have a larger installation of Big Bang and other projects in a solo exhibition in 2014.