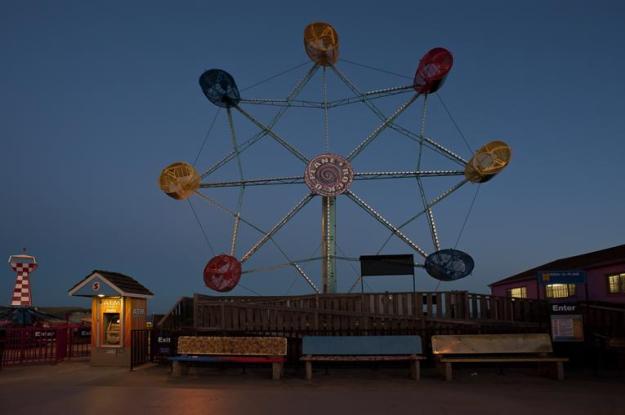 Once Upon A Time

Like most children of my generation, I was an avid reader with a very active imagination.  I created stories full of intrepid characters and riveting adventures like those in Alice in Wonderland and Gulliver’s Travels.  Amusement Parks inspired me to bring that world of fantasy to life. I could hear the whoosh of the wind, the screeching of the metal, and the kids screaming. Beyond all this, I discovered hidden voices, ones that spoke from inside plastic creatures, from giants who were asleep, and toys in a world of Lilliputians. It was also my father and grandfather’s favorite place, where we shared laughs and fears, the sound of the carrousel, my favorite cotton candy and enjoyed the last very second of those memorable afternoons. They both passed away when I was very young, so these adventures still resonate in my mind as a wonderful and vivid experience.

As an adult, I began to revisit some of these memories and parks, just after sundown, when tired families were heading home. The twilight brings an ominous feel to the parks and the absence of people opens a space for me to create my own stories. There is also a stillness that allows me to bring back my memories, and I feel the echoes of my childhood and my family, who are no longer physically here, but their presence is still palpable.

These photographs represent my past and present. Not only do they remind me of fun and fantasy, but also of fear and uncertainty.  The empty spaces remind me of what I have lost, but they also invite me for one last ride, one last adventure… before the lights go out.

Eleonora Ronconi was born in Buenos Aires, Argentina in 1969. Growing up in Buenos Aires she tried to balance her love for the arts and sciences. Having to pick one when she finished high school, she attended medical school for four years, but then had a change of heart and followed her entrepreneurial spirit and fluency in multiple languages to begin a career in conference interpreting. Her business has allowed her to travel extensively, and in 1998 she settled in Palo Alto, CA and established her own interpreting company. She now lives in Santa Clara, CA.

She has passionately continued her studies in art history, painting, and photography. She has taken photography workshops with Mary Ellen Mark, Sam Abel and Ed Kashi among others, and her work has been selected to participate in several juried exhibitions around the globe. She was the Emerging Photographer chosen by VERVE gallery in the summer of 2010. She was also chosen as a curator for the Latin American week on the Lenscratch blog during the month of October, 2012. Her first solo exhibition was in her native Buenos Aires in 2009.

Her work has been published by the Maine Department of Labor, and a California-based non-profit, Friends of Hue Foundation, F-Stop Magazine, Fraction Magazine, Lenscratch and Le Journal de la Photographie among others. Some of her pieces have been acquired by private collectors around the country. 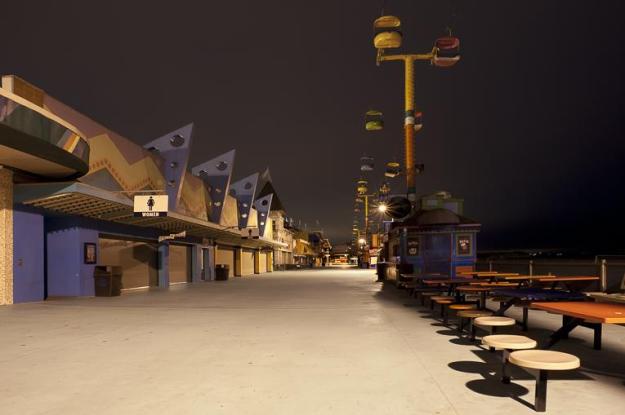