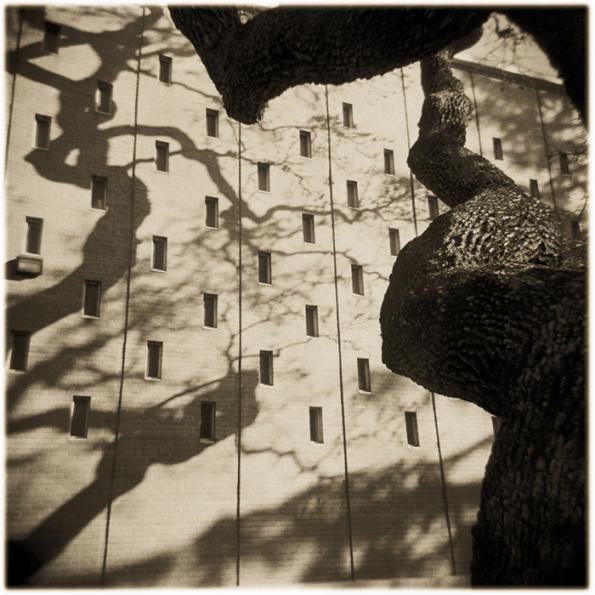 My camera is either mocking my age or mirroring the decline.  In 2005 I began using plastic toy camera–a Holga.  The camera is made of the sort of cheap plastic imported by struggling economies after World War II, whose end marked my birth.  And the smell, shape and feel of that plastic remains familiar to me from my childhood.  As a child I foolishly played with the lens of a magnifying glass to start small fires.   The lens of my Holga more represents my weakened eyesight than a hazard.  The shutter for my camera is pushed open with a thin coiled wire whose responsiveness and frailty are compromised with use and age.  Likewise the  spring in my step. Activating the shutter sounds remarkably like my problematic left knee in action. Focusing and framing is accomplished through guesswork and experience.  Points for that.  When advancing film in the camera it’s important to pay attention, since the camera doesn’t know to stop at the first frame.  Youthful attention disorder or the forgetfulness of the aged are prey to this mistake.  Once properly loaded the film has a tendency to sag unless you control the tension between spools.  Need I say more? 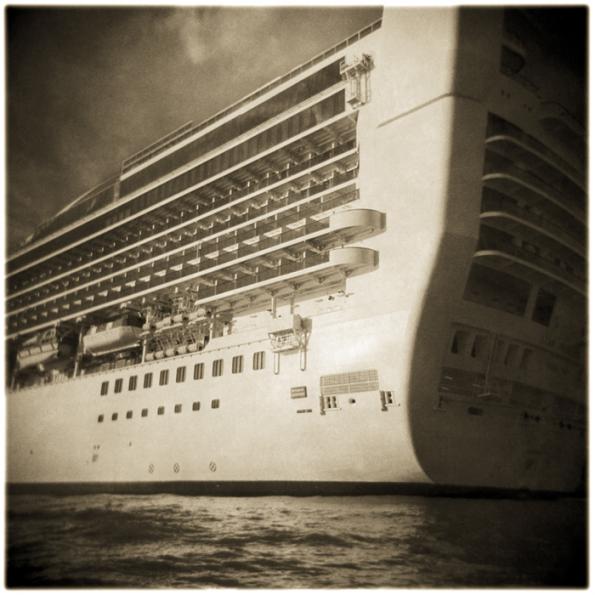 What results from the use of this retrograde technology is both whimsy and nostalgia, mirth and memory.  It delights  in reminding me of the images of another time, yet frustrates me with its unreliability. With patience I coax it to occasionally give up a softer, rounder and more satisfying response.  Wisdom at last. 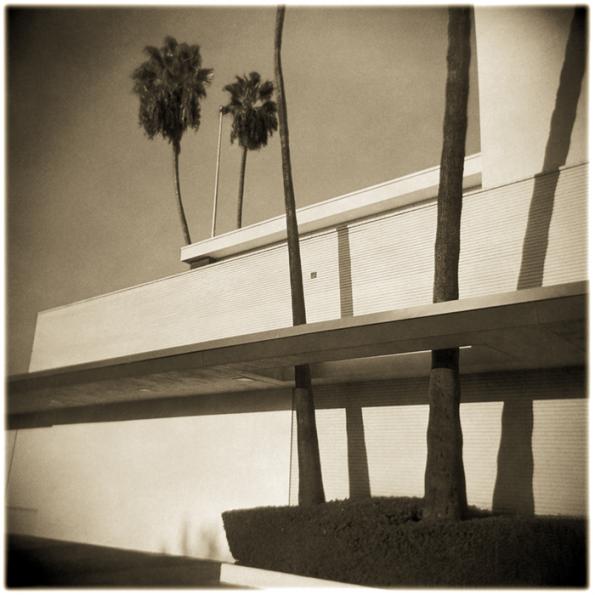 to see more of Robert’s work, please check out his website.