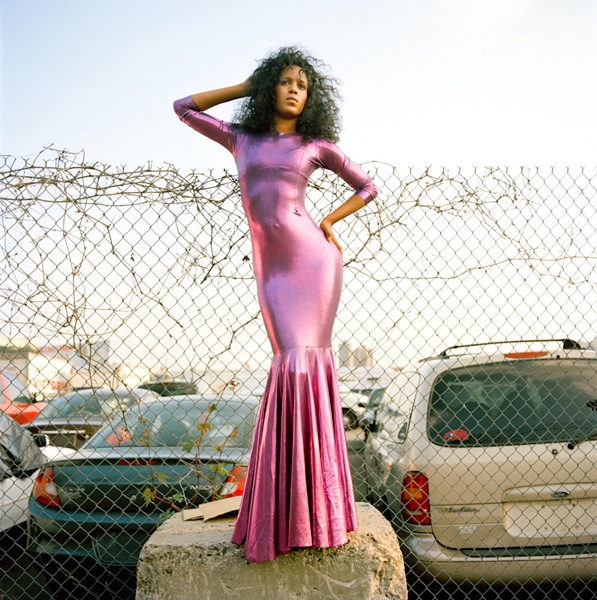 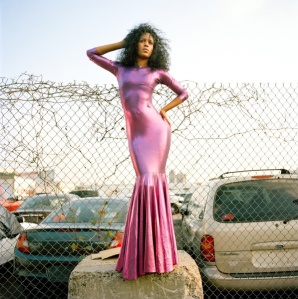 Titled after a Lenny Kravitz song extolling the unique beauty of black women, Black Girl is a portrait series about aspiring models. Having a documentary background, I began photographing models to challenge myself professionally. However, my notions about modeling and the kinds of women who pursue it were challenged as I gradually recognized a central paradox: so many black women choosing to pursue modeling despite the industry’s persistent preference for white models. On one modeling website alone, there are over 3000 aspiring black models within the New York City area. Only white women surpass that. After organizing shoots, I realized this was an opportunity to explore a large, yet isolated corner of the modeling world.

Part anthropology and part make-believe, Black Girl is subtle and multifaceted. Because this project was collaborative (the models and I would discuss wardrobe, make-up, pose, concept, location, etc), the results demonstrate one way in which they choose to be seen. The act of modeling allows them to enter an alternate reality and assume an alter ego. Conversely, it opens a space to unveil a dormant side of themselves and grapple with issues about the body, identity, beauty, sexuality, youth, and fantasy. How they express themselves not only says something about who they are individually, but reveals clues about the broader socioeconomic class and cultural milieu to which they belong.

Black Girl is a small sampling of black women with a passion for modeling. It attempts to capture how they see themselves in the role of model and is not meant to represent all aspiring black models nor black women generally. Far from being cookie-cutter fashion or runway models, they deviate from the industry’s stringent definition of beauty. At core, Black Girl is a story of bitter irony, of beautiful women who dream of a profession where they are systematically devalued. Yet, they prove that an undeniable drive to attain a dream cannot be diminished.

Brian Shumway is a New York City based photographer whose work blurs the line between portraiture, documentary and fine art photography – a distinctive output of journalistic responsibility and artistic perception. He has worked for Reader’s Digest, Smart Money, People Magazine, Wall Street Journal, Newsweek, Time, XXL, TV Guide and the New York Times, among others. His work has appeared in American Photography, Communication Arts, Shots Magazine and the Photo Review as well as exhibited at the Central Exhibition Hall Manege in St Petersburg, Russia, Soho Photo, Fraser Gallery, Griffin Museum, and others. Brian was one of Magenta Foundation’s top 25 ‘Emerging Photographers’ in the USA in 2006 and 2008. La Chureca, his story on the city dump in Managua, Nicaragua, was a finalist for the (Santa Fe) Center’s 2008 Project Competition.