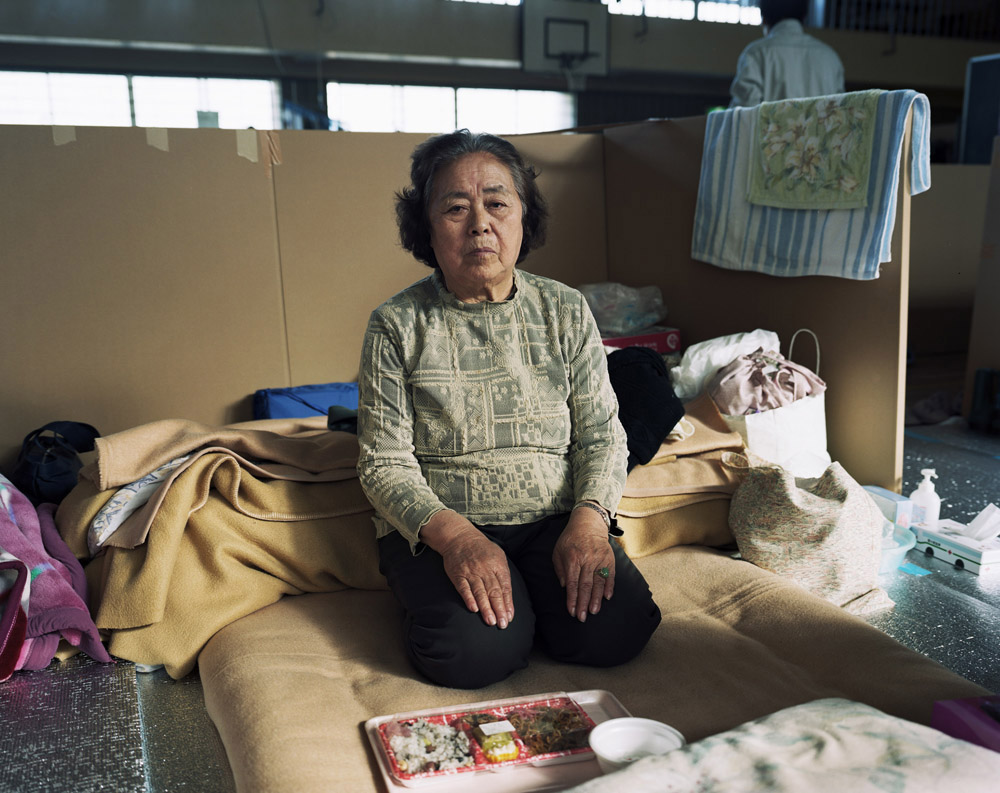 I met Stephen in Santa Fe at Review Santa Fe in June 2011. I felt in that moment I had met a kindred spirit. It was one of those meetings you have etched in memory. The images have stuck with me. Today is a good day to share them.

Stephen’s work encompasses geology, archeology, history and memory. As a geologist, I can’t stop looking at his work. It showcases the raw power of the earth, the mystery of what lies below the surface, as well as our desire to harness the energy to work to support us living on this planet. As an artist, his work looks at a deeper understanding of place, of connection to the Earth, of how we are all interconnected. One place I have yet to travel to, but have craved is Iceland. Where else can a geologist get a closer look at plate tectonics in action? When he set Ultima Thule in front of me, I fell into the scenery as an explorer along with him.

From Stephen’s text on Ultima Thule –

In Ultima Thule, the persistent human urge to explore unknown territory is considered within the context of complex geological processes, over vast periods of time, and the formation of the Earth itself.  The potential for discovery or transformation from beneath the surface or beyond the threshold is a central theme in much of  Vaughan’s work. His photographs are concerned, on one level, with the scrutiny of natural phenomena and, on another level, with the landscape as a site of encounter and revelation.

Ultima Thule was initially inspired by the exploratory voyage of Pytheas, in 325 BC, from the Greek colonies of the Mediterranean to the far north Atlantic, beyond the edges of the known world.  Vaughan’s photographs were made in Iceland, which is thought to be the location of Pytheas’ Thule. His images of volcanic fissures, shifting tectonic plates, vast glaciers and steaming, sulphurous pools, also connect Pytheas’ ancient voyage of discovery to contemporary inter-planetary exploration.  They describe landscapes that are the nearest equivalent on Earth to the surfaces of the Moon and Mars, including sites that were used by Apollo astronauts for field training before the first Moon landing.

Ultima Thule is a study of some of the rawest and youngest surfaces on Earth.  Vaughan’s photographs retreat in time to the imagined primordial beginnings of landscape and the formation of the Earth itself, void of any human presence or history.

The work is hanging at Blue Sky Gallery this month in Portland, Oregon. If you can experience them for yourself, go. It is worth the trip. 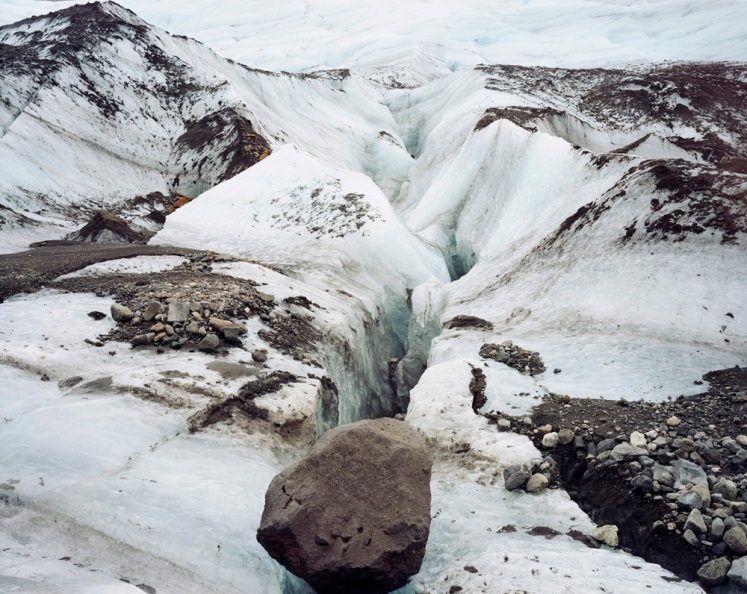 That wasn’t the only body of work Stephen was showing at RSF. He had a body of work on Japan. He had gone to research his series, A Catfish Sleeps, in March of 2011. Traveling to where four massive and important tectonic plates merge, Eurasian, Pacific, Philippine and Okhotsk plates all converge in a subduction zone, creating the unstable landscape under Tokyo and greater Japan. Stephen planned to travel this route, following the map of where an 1855 earthquake had caused massive damage. His plan changed on March 11th. Instead of creating images of a sleeping Catfish, he captured the aftermath of one of the worst disaster of modern times.

In 1700, a tsunami hit the east coast of Japan without warning. It was caused by the magnitude 9.0 ‘Cascadia’ earthquake in north America. Although no written record of the earthquake exists, recent research has revealed a number of historical Japanese texts that describe an unexplained tsunami on the north-east coast of Japan in this period.

As an artist whose work emerges from an interest in tectonic boundaries, I began making photographs in Japan in 2009 – responding to knowledge of Japan’s history of geological volatility and the potential for future catastrophe. The series ‘A Catfish Sleeps’ looks at Japan’s geo-cultural landscape and considers human responses to the complex tectonic and geological systems that underpin this volcanic and seismically active region.

The first images record a journey that corresponds with significant points on the tectonic map, where the Eurasian, Pacific, Philippine and Okhotsk plates meet. The photographs describe sites of volcanic and geothermal activity and areas with a high probability of seismic rupture or a history of seismic activity. The series also includes photographs made at the National Institute of Earth Science and Disaster Prevention (NIED), where ‘E-Defense’ (the world’s largest earthquake simulator) is used to test new developments in earthquake architecture.

I returned to Japan in spring 2011, intending to make a new series of images at the sites of the 1700 ‘Cascadia’ tsunami. However, on March 11th, a magnitude 9.0 megathrust earthquake occurred off the eastern coast of Japan. The Great Tohoku Earthquake was one of the most powerful in recorded history. It shifted the Earth on its axis and moved the eastern coast of Japan 2.4 metres closer to North America. The subsequent tsunami reached heights of up to 40 metres, causing immense devastation and loss of life.

The movements of the Earth’s crust I had previously imagined in my work suddenly became a visible reality. The places I had planned to photograph were now sites of a contemporary catastrophe. In the days after the earthquake, I continued to make images in Tokyo. I then travelled to the areas directly affected by the tsunami. The purpose of my photographs was to bear witness and to create a detailed record of what I saw, acknowledging the indiscriminate and overwhelming violence of nature. The images were made at sites on the coast of Iwate prefecture, including Kuwagasaki, Tsugaruishi and Otsuchi – the same places hit by the ‘Cascadia’ tsunami in 1700.

These images haunt me. Remind me of why Life Support Japan became such a personal issue to me. On the one year anniversary, I think of the people of Japan, of their tenacity, of their survival. I can only hope that shedding light on the disaster today, on its anniversary, reminds us that the work to rebuild is still far from over.