I like doing regular things like hanging out with friends, watching movies, reading, etc. I am what you would call a girly girl. I LOVE hair makeup, clothes and boys. Sometimes I want to be treated like an adult and others like a 6 year old. — Becca

When I was thinking about my picture what was running through my head was how the models on my wall are the people I strive to look like whether I do subconsciously or not. And then I started asking myself why and how we define beauty, what is beautiful? And where am I on the scale of beauty in relation to the pictures on my wall? Am I good enough? — Siena 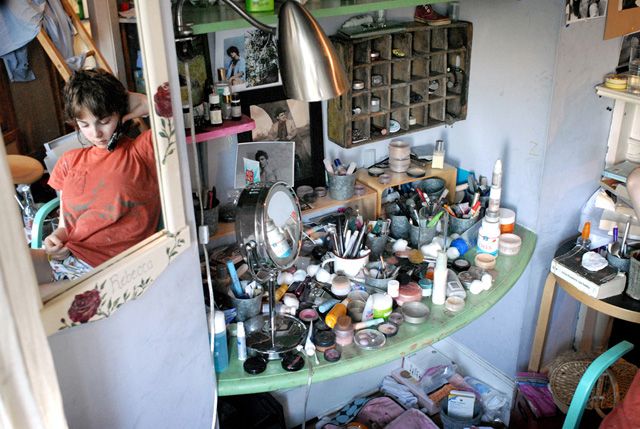 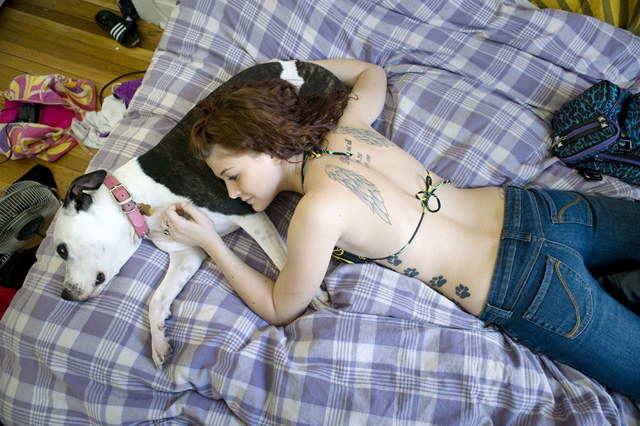 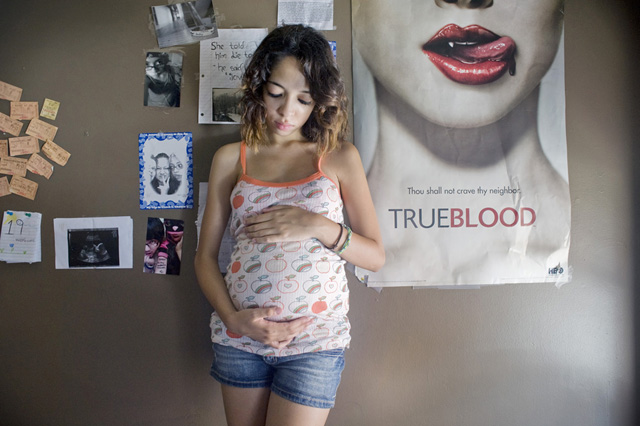 I am 17 and I am pregnant with a baby boy. My parents were very upset initially but now they are being very supportive. My mom still has a very hard time touching my tummy. My boyfriend and I broke up but we are friends and he still wants to be part of the baby’s life. — Rocio

I have had the pleasure of meeting Rania at portfolio events in Houston and Portland, and you can find evidence of her successful images in numerous awards and shows across the country. Her effervescent personality shines through our conversations, really engaging me to open up and talk about anything. She allows me to be comfortable and not on guard. I think that is the secret to her compelling images. With her connection with her subjects, in this case teenage girls, she is able to communicate on their level. In this series on the ever awkward uncomfortable world of teens, Rania gives them a place to shine, to be an individual without fear.

While this work could be considered introspective, full of emotional connection to who we were at that unfortunate age, I find it a celebration of personality and individuality.

As a mother of a teenage daughter I watch with awe her passage from girlhood into adulthood, with all the complications that it entails. As I am observing her and her girlfriends, I became fascinated with the transformation taking place, with the adult personality shaping up and with an insecurity and a self-consciousness that are now replacing the carefree world those girls had live in so far. I started photographing them in group situations, and quickly realized that they were so aware of each other’s presence, and that their being in a group affected very much whom they were portraying to the world. I also realized that under an air of self-assurance, those young women were often very fragile, self-conscious and confused. While their bodies were developing fast into women’s bodies, they were still on many levels young girls who suddenly thought they had to behave like adults.

From there, emerged the idea of photographing each girl alone. I originally let the girls choose the place of their choice and was slowly welcomed into their bedrooms, an area that is theirs, that they can fully control, decorate, trash and be themselves in, within an outside world that is often intimidating. I spent time with each girl, so she was comfortable with me and was able to let down her guards, free of any preconception of what she would like to portray consciously. I was fascinated to discover a person on the cusp on becoming an adult, but desperately holding on to the child she just barely left behind, a person on the edge between two worlds, trying to come to terms with this transitional time in her life and adjust to the person she is becoming. Posters of rock stars, political leaders or top models were often displayed above a bed still covered with stuffed animals; mirrors were always an important part of the room, a reflection of the girls’ image to the outside world.

I am expanding this project to include girls from different cultures and backgrounds including the 2 worlds I am most familiar with: the United States and the Middle East. Being with those young women in the privacy of their world gave me a unique peak into their private lives and their real selves. I thank them all for their trust and their willingness to share their private space and their private self with me.

Born and raised in Lebanon, Rania Matar moved to the U.S. in 1984. Originally trained as an architect at the American University of Beirut and Cornell University, she worked as an architect before studying photography at New England School of Photography, and at the Maine Photographic Workshops in Mexico with Magnum photographer, Constantine Manos. She currently works full-time as a photographer, and teaches photography to teenage girls in Lebanon’s refugee camps with the assistance of non-governmental organizations, and to teenage refugees in Boston with the assistance of Children’s Hospital.

Matar’s work focuses mainly on women and women’s issues. Her previous work has focused on women and children in the Middle East, and her projects – which examine the Palestinian refugee camps, the recent spread of the veil and its meanings, the aftermath of war, and the Christians of the Middle East – intend to give a voice to people who have been forgotten or misunderstood. In Boston, where she lives, she photographs her four children at all stages of their lives, and is currently working on a new body of work, “A Girl and her Room,” photographing teenage girls from different backgrounds.

Her work has won several awards, has been featured in numerous publications, and exhibited widely in the U.S. and internationally.

All images copyright by Rania Matar. Used with permission.

One thought on “Rania Matar”