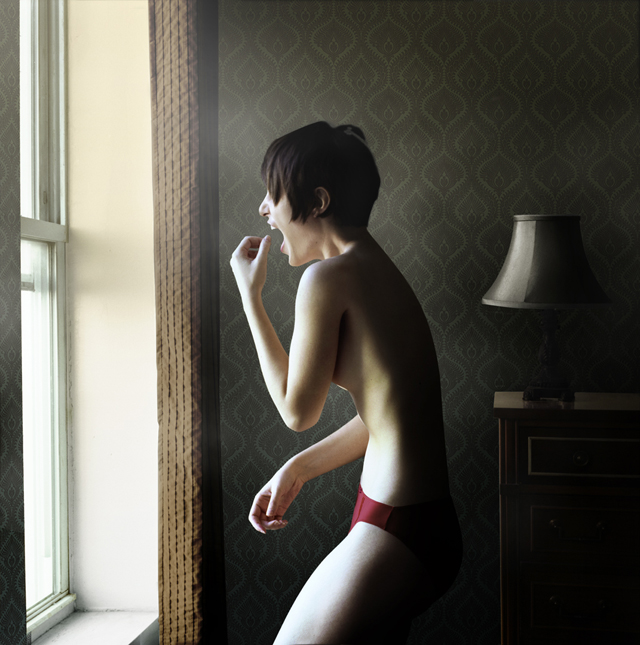 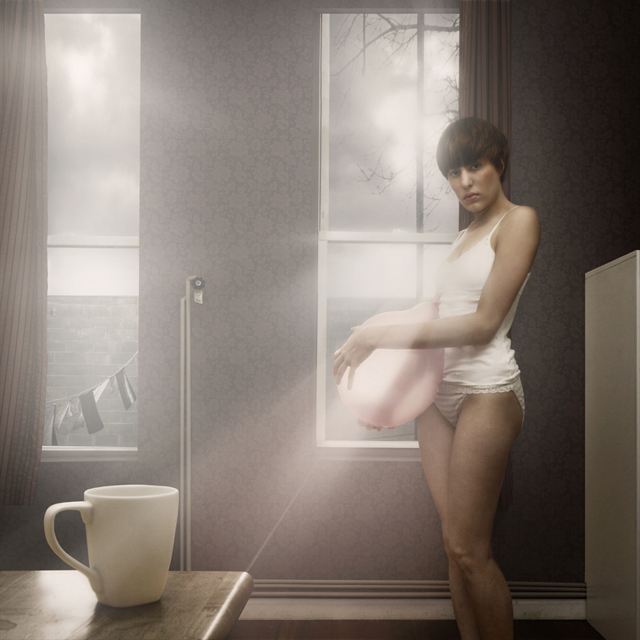 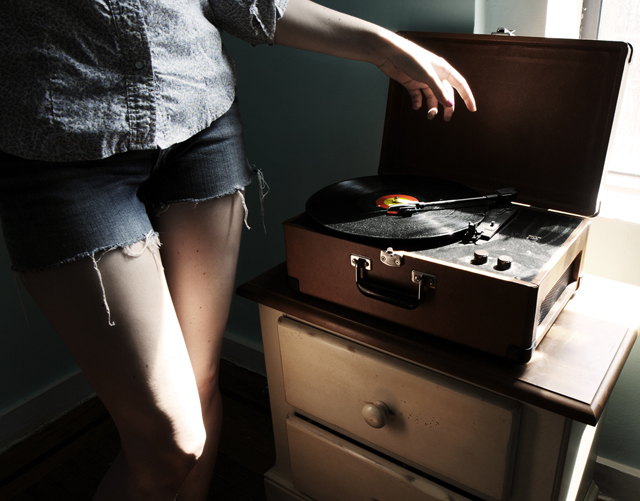 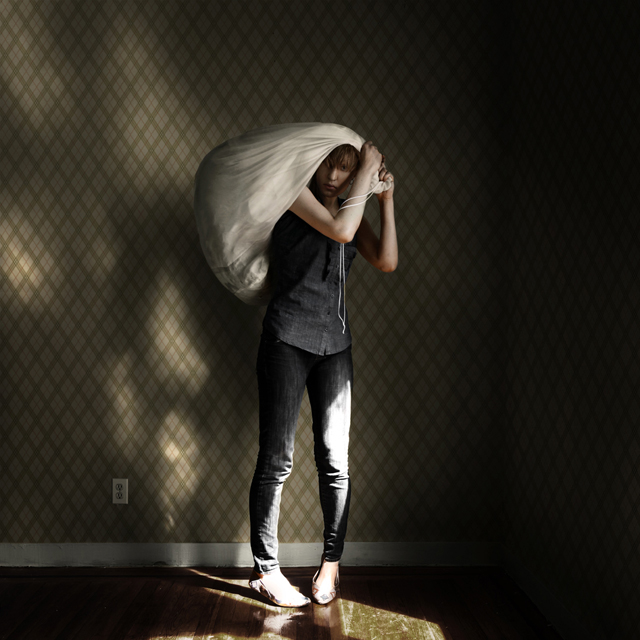 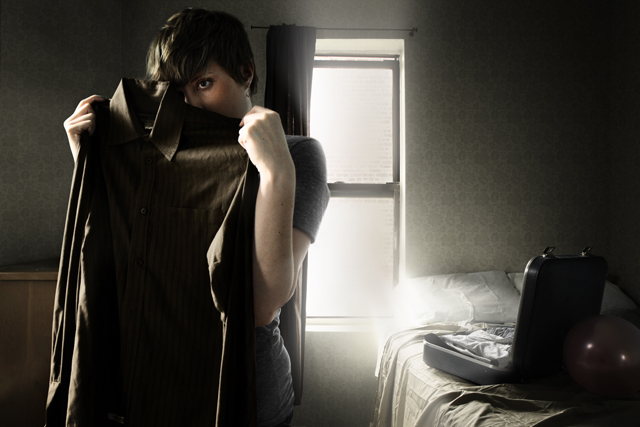 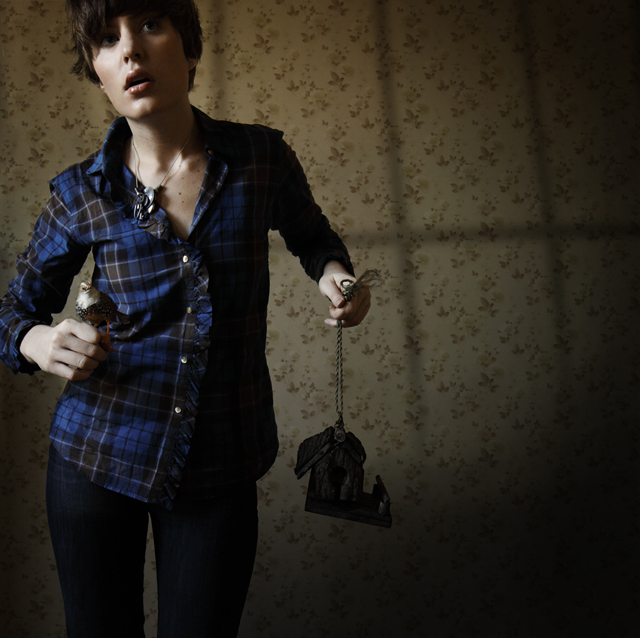 I found Haley’s work in CM09 and was struck by its intensity. I was attracted to Haley’s series of Lovers, and Other Lovers, which captured so much emotion, positive and negative. The series we have featured here, Another Room, is a self portrait, yet it hits emotions we all have felt. Wonder. Confusion. Anticipation. Longing. It’s all there. Her use of light is moody and theatrical, illustrating the illusion of her self creation. Another Room leads us outside of ourselves, allowing us to life vicariously through another, like a voyeur.

I look forward to her next series of exploration and discovery, for her as well as for me.

I am both the casualty and consequence of many dichotomies. I remain whole, and yet I am simultaneously divided, torn between the very things that bind me: Between the reality of adulthood and the image of it; between my need to grow roots and the want to travel; the desire for independence and the longing for another; the diverse and suasive avenues of the heart; the meaning of transience; the sporadic despondency and the search for inspiration. The photographs from ANOTHER ROOM work to summon and convene these opposites and relocate my personal experience to some place between multiple and varied psychological states.

Performative in essence, the work is concerned with how the individual is able to reconcile the external and internal forces that cause us to function in different, often contradictory, roles. While narrative based, the highly personalized iconography combined with the subjects subtle and often strange interaction with their environment, and the surreal lighting contribute to the sense that the unfolding narrative is not about the specific event depicted in the image. The work is rather about a contemporary state of existence, and my own internalized dramas as being played out within each room. In this way the figure’s relationship with the space becomes the main subject matter of the work, and allows each image to explore how the self is defined when isolated.

Moreover ANOTHER ROOM attempts to reconcile the forces that inform our identities and moves toward a renewed interest in beauty, aesthetics and personal symbolism. Indeed, the work aims to consider, in depth, the neurosis of a single individual and within that invites the viewer to reflect on their own private relationship with their external and internal worlds.

Haley Jane Samuelson was born in Denver, Colorado. At the age of thirteen, her family relocated to Amsterdam, The Netherlands. It was there she first fell in love with photography. She received in B.F.A. in photography and digital media from the Ringling School of Art and Design in Sarasota, Florida. In 2008 she completed her M.F.A at Parsons the New School for Design. She is currently represented by HousProjects Gallery in New York City, where she had her first solo show in June 2009, entitled “Another Room.” Her work has been published in several international magazines including Zoom Magazine, Oxford American and Photo France.

All images Copyright by Haley Jane Samuelson. Used with permission.