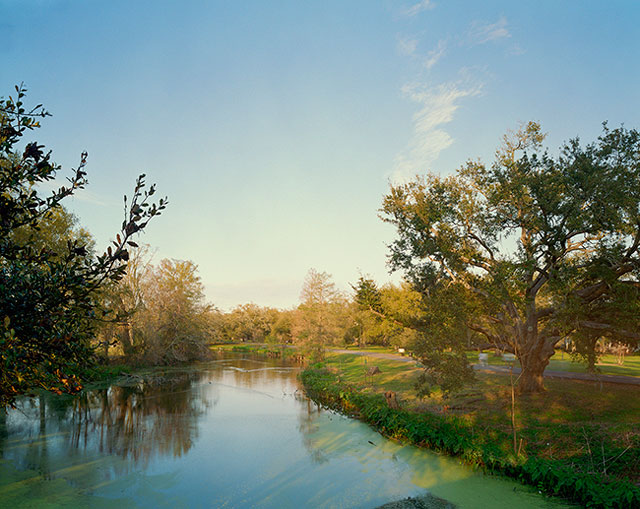 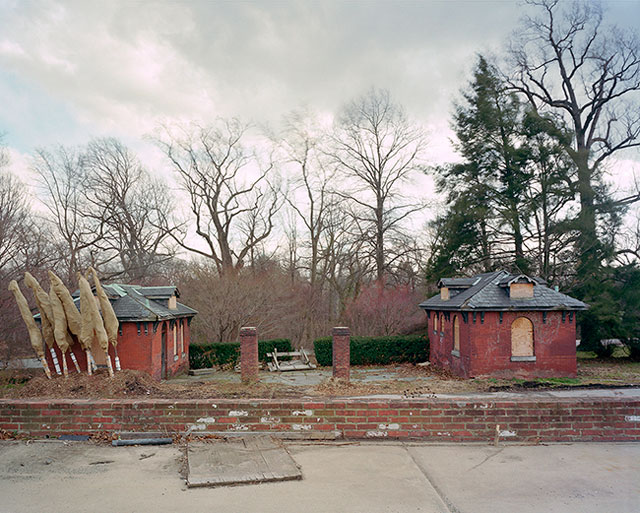 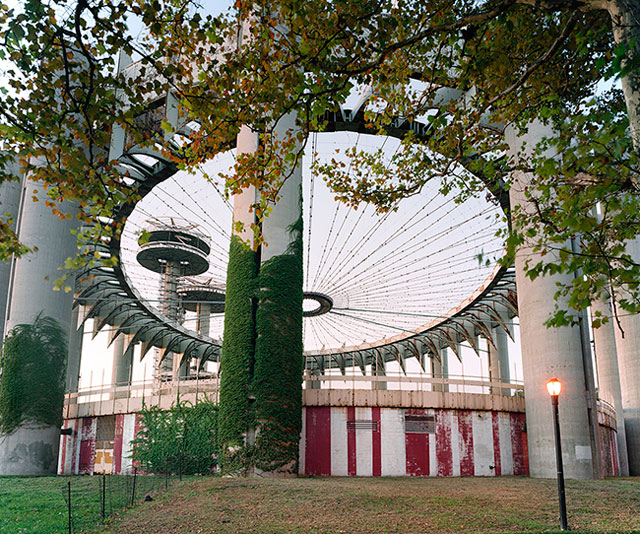 I love, no really, I love architecture. And I also love a great fair. Country, City or World. Doesn’t matter. The excitement of what could be, whether its the latest deep fried food, newest version of the shamwow, or dream of a better world. The World’s Fair was and is our Utopian view of the future, of who we could be and where we were going. Think about the Chicago World’s Fair – first to have the Ferris Wheel, electricity and Juicy Fruit gum and Cream of Wheat. Things we take for granted.  Jade’s work takes those dreams and shows us what has become of them. While this should be depressing, I find it really fascinating. I think we all have discarded dreams, and these buildings seem to highlight how we care for those dreams once they have past. Jade’s work has no pretense and without specific intent showcases these structures, letting us live our past dreams and think of new ones. I can’t wait to see more.

My current body of work is an examination of how the sites and structures of world’s fairs — conceived and built for a temporary, specific purpose — interact in today’s unforeseen environment. Some of the most important architects of the 19th and 20th century were commissioned to construct fair pavilions: dazzling, unusual structures incorporating the most cutting-edge materials and engineering prowess possible at the time.

Tragically, these extraordinary structures are often immediately demolished, reappropriated for far less grand ambitions, or simply neglected. There is a seeming arbitrariness to what survives. In Philadelphia, two of the four remnants from 1876 are fair toilet buildings. In Paris, there are national icons such as the Eiffel Tower, the Grand Palais, and the Palais de Tokyo. In Flushing Meadows Park, New York, Philip Johnson’s New York State Pavilion of 1964 sits in sad decrepitude, its stocky concrete support columns chipped and covered in ivy. I became entranced with the fantastical buildings overgrown with weeds, often neglected and ill-fitting among the sleek, modern high-rises looming around them. I use time of year and day — as well as a lush or stark color palette — to further convey the atmosphere of these sometimes-ghostly sites.

To date, I have photographed 18 fair sites, including Paris, Brussels, Seville, Barcelona, Spokane, New York, New Orleans, San Diego, Philadelphia, Chicago, Buffalo, and Knoxville, and future plans include shoots in Asia, Australia, South America, and others in America and Europe. It’s a big project because it’s a big subject: World’s fairs were unique, spectacular cultural events from which one can glean worldviews that came into and out of vogue, the rise of industrialism, the rise of modernism, architectural trends and progress, and the hopes and dreams of each era. Ultimately I hope to create an archive of every past site, and in my pictures allude to the complicated goals and dreams of these magnificent events.

Jade Doskow lives and works in Red Hook, Brooklyn with her husband. Doskow earned her MFA at the School of Visual Arts, New York, in 2008. She has been the recipient of numerous honors, including the Herbert C. Rubin Award for Visual Arts, and was a 2009 finalist in the international Photolucida Critical Mass competition. Her work has been featured in ACurator.com, Photo District News, Visual Arts Journal, and the Morning News. Doskow teaches architectural photographny at both the School of Visual Arts and the International Center of Photography in New York. 2010 exhibitions included Urban Utopia at 32 Greene Street in New Yorkm, Photolucida at the Pacific Northwest Photo Center in Seattle, One Hour Photo at the Katzen Museum in Washington DC, and the Heart Haiti Benefit at the Aperture Foundation.